What the heck is a floppy disk?

No Kids, this isn’t the save icon (well yes it is), but believe it or not this thing was the USB and Hardrive back in the day from the 90s backwards, and contain your excitement because these bad boys could store up to a whopping 300 MBs!
Thank christ that we moved away from these floppy disks and moved into USBs and Portable Hardrives that can store up to a Terrabyte of data.
As a Graphic Designer, I constantly work off and rely on my computer at home, the computer at uni and my TB Portable Hardrive since some project folders eventually store up to a Gigabyte of data each and I need space to put these massive files on. I also utilize Dropbox which is an online cloud which I can store my data on and access it on computer and phone. I make sure before finishing up on a project I back it up three times on my computer, hardrive and dropbox so I don’t lose any files or get them corrupt but It doesn’t help when a file gets corrupt and there are no copies so live and learn.

Now that that little rant intro is over what I’m trying to say is that we are now reaching an age where we rely on technology so much that it runs our life for us and for some it holds our lives for us.
Some industries are becoming almost non exsistant because the computer programs can do it for us such as old fashioned type setting or painting a sign on brick wall.

Heck, some of us even carry a phone in our pocket that is even more powerful than the first ever computer put together a thousand times, it can do so much these days.
Some phones such as my own (Samsung Galaxy Note 3) can even emulate video games up to Playstation 2 specifications, although it drains the battery it can very well run fantastic on these systems not to mention you don’t even need a controller as it’s touch screen, and that’s another thing, If you say mention the word mobile or phone you don’t even acknowledge the touch screen as it melded it’s way into our way of living that it even acts as a remote for our TVs and stereos. 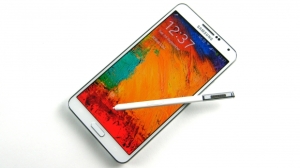